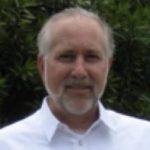 Dr. Kimothy Smith is a Professor of Microbiology and Epidemiology for the University of Nevada School of Medicine.  Dr. Smith is also founder of Fin & Leaf, LLC, which is a commercial aquaponics company based in Northern Nevada.  Dr. Smith is also a co-founder of McCarthy & Smith Consulting, LLC, where he provides professional consulting services in the areas of biosurveillance, bioforensics, biodefense, biosecurity, molecular genetics and diagnostics, and food safety, defense, and security.  Dr. Smith serves as the Representative for Data and Surveillance on the Washoe County Food Policy Council.

Before establishing these businesses Dr. Smith was the Senior Scientist for the Tahoe Research Initiative LLC.  As Senior Scientist, Dr. Smith worked internationally on Global Biosurveillance issues to build capacity and capability of public and veterinary health systems.  Dr. Smith was also the Executive Director of The Global Resource Initiative and Vice-president of The Global-Asia Resource Initiative Foundation, nonprofit organizations that focus their efforts on bolstering the critical resource base of underserved countries and promoting sustainable agricultural practices to bolster global food and agricultural security, defense, and safety.

Prior to moving to the private sector in 2008, Dr. Smith was the Senior Advisor for International Biodefense for the Department of Homeland Security (DHS), Office of Health Affairs.  While in this position he served as a detailee to the Office of International Health & Biodefense of the U.S. State Department.  In his tenure at State, Dr. Smith served as a subject matter expert working with international partners to promote coordinated biodefense and emergency response strategies and to open dialogues on food and agricultural security and safety.  Dr. Smith’s responsibilities at DHS included serving as the Acting Director of the National Biosurveillance Integration Center.  In this capacity he set the vision and led the development of the U.S. Government-wide strategy to acquire and analyze biosurveillance information obtained from public and private sector organizations to support national biodefense, biosecurity, food and agricultural security, and health protection programs.

In 2005, Dr. Smith was named as the first Chief Veterinarian for DHS and Chief Scientist for the Office of Health Affairs.  In this role he advised the Secretary of Homeland Security and the Department’s senior leadership on strategies and emergency response plans for food and agricultural security.  Dr. Smith joined DHS in 2005 as the Chief of Research Programs and Countermeasures in the Science and Technology Directorate, where he directed intramural research programs in chemical and biological defense, agricultural security, and infrastructure protection conducted at DHS and National Laboratories, including the Plum Island Animal Disease Center.

Prior to moving to DHS, Dr. Smith was the Deputy Division Leader for Operations in the Counter-terrorism and Incident Response Division of the Non-proliferation, Arms Control and International Security Directorate at Lawrence Livermore National Laboratory (LLNL), where he had oversight for the management, readiness, and deployment of the Operational Response elements of the Directorate as well as responsibility for compliance and support services for scientific research and development.

During his tenure at LLNL, Dr. Smith served as a Deputy Associate Program Leader for the Chemical and Biological National Security Program, where he led research and the field deployment of the national biological agent monitoring systems, BioWatch, in several U.S cities.

Dr. Smith earned a PhD in molecular epidemiology from Louisiana State University (1999) where he was curator of the Worldwide Bacillus anthracis collection.  He earned his BS in Biochemistry and Doctorate of Veterinary Medicine from Oklahoma State University and was a practicing veterinarian for nearly 10 years.  During this time he also owned and managed a large cotton and wheat farming operation in addition to a beef cattle stocker and production operation.  Dr. Smith also served as a Veterinary Circuit Supervisor in Oklahoma’s largest state District, supervising inspection operations in Federal and State inspected animal slaughter and food processing establishments.

Dr. Smith has extensive experience working internationally, establishing relationships, collaboratively conducting research programs, and building health-related infrastructures and the local capability and capacity to support them.  During his career, Dr. Smith has worked in Africa, Southeast Asia, and East Asia.

Dr. Smith lives and works in Reno-Tahoe.  His passions are urban agriculture, research & education, and national and international capacity building for science and sustainability.